Nootropics Used by Entrepreneurs & The Benefits 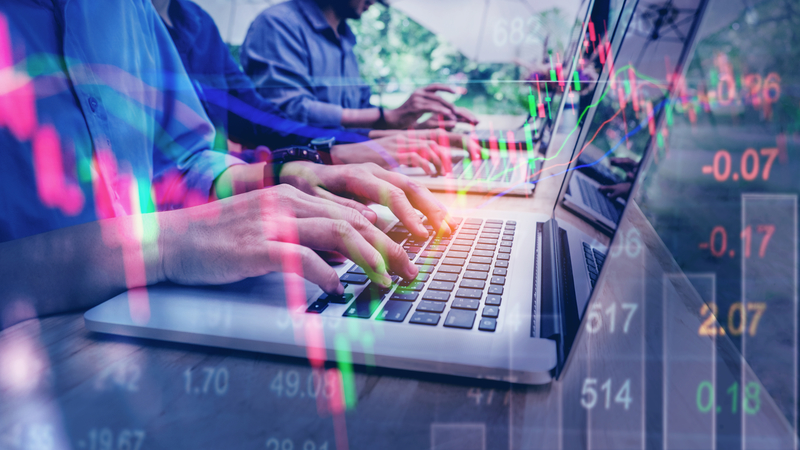 Why Do Entrepreneurs Use Nootropics?

Entrepreneurs are some of the hardest working individuals on the face of the planet. Any real entrepreneur will vouch for the extreme difficulty this career choice brings about. Working hard requires a huge number of favorable intellectual and physical attributes. Fortunately, however, most of the necessary attributes of a successful entrepreneur can be influenced by the right nootropic stacks. Nootropics have a lot of built-in benefits that help entrepreneurs get the most out of their thinking power, memory, energy and drive. Nootropics are even able to improve fluid intelligence, which can make entrepreneurs better problem solvers. The impact nootropics have on memory (crystallized intelligence) is also incredibly beneficial to entrepreneurs. Although it is never easy to be creative, persistent, or productive, nootropics can help with that too! No matter the type of entrepreneur or business, the right nootropics have been proven to be able to turn a mental road block into creative genius.1

What Makes An Entrepreneur’s Brain Different? 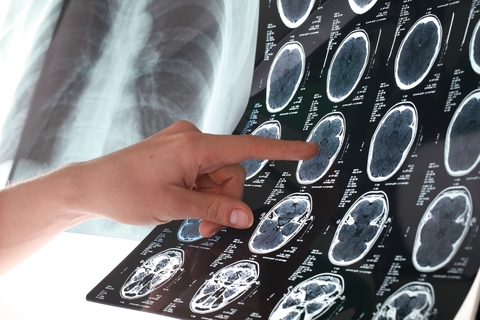 Many studies have proven that an entrepreneur naturally thinks differently than most other people.9,10 Besides the studies, it has always been clear that entrepreneurs choose less commonly walked paths. The most famous successful people and most influential creative geniuses of all time are easy models of the entrepreneur way of thinking, including but not nearly limited to: Henry Ford, Andrew Carnegie, Bill Gates, Larry Page, Steve Jobs, Walt Disney, Oprah Winfrey, John D. Rockefeller, Thomas Edison, Benjamin Franklin, Nikola Tesla, and even Shakespeare. A quick look at any of their lives will show profound risk, insane dedication to work, and a drive to push the barriers farther than they have ever been pushed before! Many of them sacrificed everything they had in order to make a difference and create an impact. And many of them took their work so seriously, they would do anything to get ahead.

But why? What makes the entrepreneur’s brain so different than that of the norm to suggest these strides of creativity and risk? The answer lies within the science of the brain and an entrepreneur’s innate ability to create.10

Plenty of data and a number of scientific studies have proven an entrepreneur thinks differently.9,10 In fact, there is an entire theorem called “Effectual Reasoning” which was developed in order to define the way entrepreneurs think. Basically, Effectual Reasoning is the ability and desire to solve problems and improve the state of the world by creating, innovating and enabling the creativity of firms, ideas, markets, products, and services.11 The term was created to define the successful strategies of 27 founders of companies that had attained a successful net worth of at least $200M, although it included many billion dollar companies as well.

There are many parts of effectuation which are used to describe the successful entrepreneurial mindset, including the idea to use common logic in order to find solutions to problems. Probably the most interesting part of an entrepreneurial mindset is their ability to use variables as possibilities for new outcomes. This of course comes opposed by the theory of casual thinking, or the idea that the variables limit the outcome.11 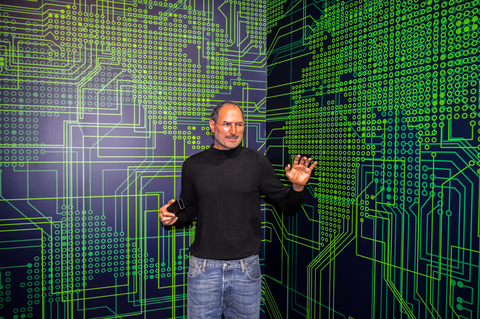 In plain terms: entrepreneurs see lemons as the ability to create lemonade, or also citrus extract, or a seasoning for a meal, or possibly an entirely new way to use a lemon. Entrepreneurs are so good at creating new things that they usually will pursue them even when the resources for the opportunities are uncontrolled! They also think in form of massive action (and in form of taking action at all!). This means that while casual thinkers spend a lot of time planning, entrepreneurs will spend much more time taking the right actions.12

Another really common trend in most of the interviews and articles about successful entrepreneurial traits includes the value of time. Most entrepreneurs recognize how valuable their time is and try to find ways to transform their time into greater value. They take exceptional pride in saying “no” to opportunities which will not benefit them and pursuing things of the greatest value alone.13 And finally, entrepreneurs are not afraid of hard work, spend a lot of time practicing great discipline (and working hard), are passionate about what they do, and always challenge the status quo!14

Entrepreneurs have to think harder and the choice demands maximum creativity. Fortunately, nootropics can create a better balance in the brain, and finding the most effective nootropics for entrepreneurs is as easy as understanding the biggest deficiencies entrepreneurs face.

What Are The Best Nootropics For Entrepreneurs?

This is a list of the nootropics most commonly selected by entrepreneurs. This list is in order of overall value and only includes nootropics which improve cognitive function over the course of use. 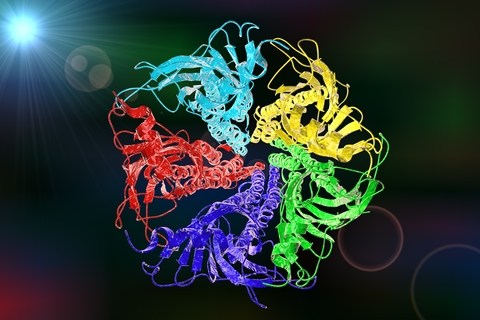 Many studies show Huperzine as an effective nootropic for improving memory.3,5 It works so well, in fact, it is commonly used for treatment of various forms of dementia.5 Huperzine has been well known for many years to improve cognition and thinking.15 It has also been used for centuries throughout various cultural medicines around the world, even being considered a part of ancient Chinese medicine. Huperzine is so effective at improving cognitive performance because of its ability to easily cross the blood-brain barrier. This ultimately allows Huperzine to influence the brain’s chemical production. Huperzine A works by limiting AChE, the primary inhibitor of acetylcholine;16 And acetylcholine is a powerful and important neurotransmitter in terms of memory and cognitive performance.17

Possessing a strong memory and impressive cognitive function are imperative in achieving an entrepreneur’s fullest thinking potential. Huperzine A can help an entrepreneur achieve their strongest, natural cognitive performance and all around sharpest memory!

Huperzine A is found in the Piratall and Pirate Blast formulae.

Ginseng is very commonly used as a stimulant in addition to its antioxidant properties.8 Ginseng is also a well-known actoprotector. Actoprotectors are extracts or preparations that enhances body stability against physical loads, while increasing overall mental performance. Many studies have shown that Ginseng can significantly increase physical and intellectual work capacity.18 Ginseng has also been shown to have incredible antioxidant properties and studies have proven its efficacy in combating chronic fatigue.19 Siberian ginseng (aka Eleuthero) is one of the most potent adaptogenic herbs, which means it helps the body with stress, and promotes overall health.20 Ginseng is primarily used by entrepreneurs for its potent properties as a brain function stimulant.23

Siberian Ginseng is found in the Piratall formula.

Hawthorn (Crataegus extract) has been used in traditional medicine for thousands of years. Many recent studies have begun finding the health benefits of Hawthorn to be extremely impressive.21,22 In fact, one study showed an improvement in overall health-related quality of life.21 Another investigation into Hawthorn has revealed its phytonutrients (anthocynidins and proanthocyanidins) to be powerful antioxidants. These phytonutrients also help strengthen the walls of blood vessels and improve blood flow.22

Hawthorn is found in the Piratall formula. 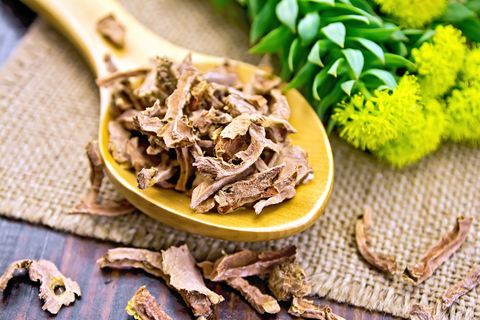 Rhodiola rosea is used to improve physical and mental stamina, and to increase energy. It is used very frequently to combat stress and provides a lot of antioxidant properties. Rhodiola is known to be a legal stimulant. It contains components which increase production of norepinephrine, serotonin, dopamine, and acetylcholine. Ultimately, Rhodiola helps improve focus, concentration, memory, intellectual capacity and overall fatigue resistance.23

Rhodiola is found in the Pirate Blast formula.

L-theanine is very commonly included in stress-oriented studies, for its incredible de-stressing and relaxing properties.4 L-Theanine improves antioxidant and neuroprotective activity.24 It has been used to improve mood, reduce mental fatigue, and eliminate irritability. By relaxing the adrenals, the mind can de-stress and L-Theanine can work up natural energy levels.25 It is often used in combination with other nootropics as it helps bolster the positive benefits of the nootropic stack as a whole.

L-Theanine is found in the Pirate Chill formula.

Guarana contains more caffeine than most plants on Earth, even more than the coffea plant.23 It is very commonly used for energy and produces a natural caffeine, rather than the synthetic caffeine crammed into most energy drinks. Natural caffeine, like that from Guarana, activates the central nervous system without the same crashes brought about from caffeine anhydrous. Guarana is one of the most used nootropics by entrepreneurs for its ability to increase mental vigilance and improve fatigue resistance.23

Guarana seed has even been proven to offer additional stimulation effects aside from those caffeine has to offer!6

Guarana seed extract is found in the Piratall and Pirate Blast formulae. 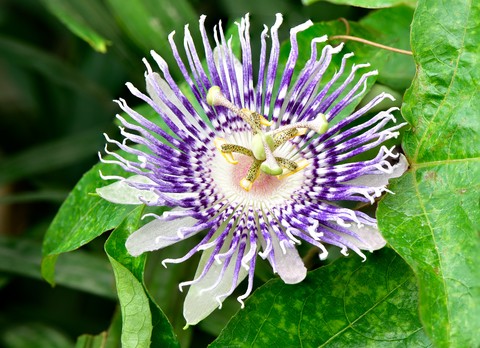 Passion Flower (Passiflora incarnata) is used for its powerful sedative properties. The sedative effects of Passion Flower come from its GABAergic properties. In fact, it works so well that it has been commonly used to treat neuropathic pains.26 Passiflora has been proven to possess anxiolytic effects (the ability to reduce anxiety, chiefly via drug),27 which is extremely useful for the demanding, high-stress lifestyle of an entrepreneur.

Passion Flower is found in the Pirate Chill formula.

Entrepreneurs understand better than most people that accepting the bare minimum is unacceptable; and that there are always ways for people to get more out of their time and energy. Nootropics are so frequently used by entrepreneurs because they are one of the best ways to get the most out of their time. The secret to the efficacy of nootropic stacks are their abilities to increase the productivity of the brain, allowing an entrepreneur the best chance to operate at their peak cognitive performance. Traditionally, entrepreneurs seemed to seek a prescription for smart drugs or legal stimulants (adderall, modafinil, etc.), however, an increasing number of entrepreneurs every day are realizing nootropic stacks are a better alternative to prescription smart drugs. Because nootropics are so effective and available to anyone, they have become the preferred solution for many entrepreneurs (and a strongly attractive option). And many entrepreneurs are realizing much greater productivity from using nootropics than ever before!

Looking for more information as to which Pirate Botanicals Nootropic Supplement is right for you? Check out our Supplement Selector Tool or contact us for help!