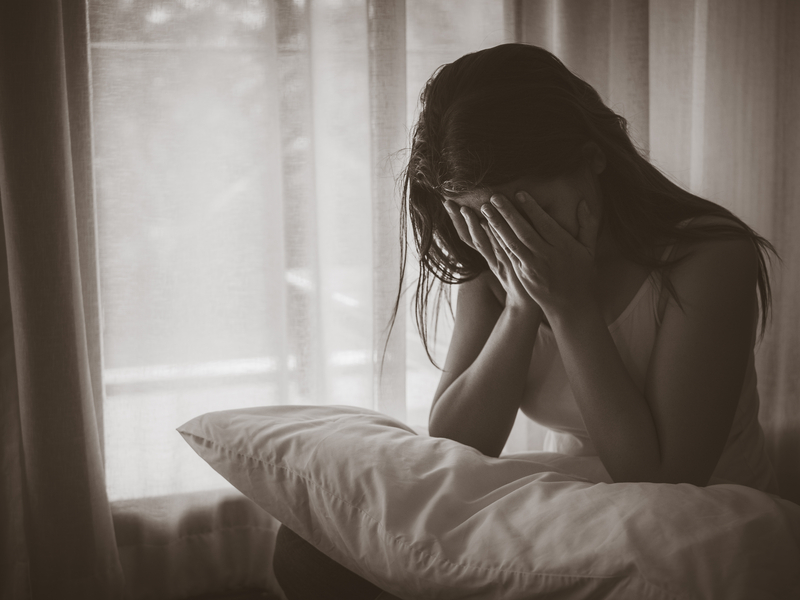 The feeling of uneasiness or distress could be said to be familiar to most people. Almost everyone has experienced worry, uneasiness, or general fear.  From mile to severe, these feelings almost know no bounds. These feelings can also be trigged by innocuous events or sincerely scary situations (exams, interviews, romantic or financial stress, or for medical reasons).

Although some chronic cases or severe situations should be handled by mental health professionals, everyday anxiety is almost always able to be conquered.  Whether through anti-anxiety practices, minor lifestyle changes, or holistic herbal supplements, there are answers to everyday stress.

Brain and nootropic supplements are one of the most popular choices for handling everyday anxiety and stress.  These types of supplements are most commonly referred to as “smart drugs,” or “nootropic stacks.”  They make life a lot easier by “hacking” the brain into performing better, and in this case, with less anxiety.

The first step, however, is better understanding nootropics, and what they can offer the human body and mind.

Nootropics today have become synonymous with the term “smart drug” or “smart nootropic.”  They are especially popular amongst Western culture.  Nootropics are usually categorized within one of three classifications including prescription drugs, synthetic substances, or dietary supplements

Nootropics itself was first coined in the 1960s by Romanian scientist Coneliu E. Giurgea.  This man derived the term by combining latin phrases “Noos” and “Tropein”, which meant “mind” and “bend”, respectively.  They would be defined as substances capable of improving cognitive function with almost no side effects.  Usually, these cognitive improvements affected areas such as executive function, attention span, memory, creativity, energy, or motivation.  To summarize, nootropic herbs aim to enhance the function of the mind or body.

Giurgea formulated five areas of criteria to declare a substance a nootropic including:

Utilizing these criteria, it becomes easier to determine if a substance is a nootropic.

How Can Nootropics Help with Anxiety?

Much proven research exists which backs these stress-relieving nootropics, firmly demonstrating their ability to improve mood and reduce anxiety. Some of these nootropics help reduce cortisol levels, others help regulate critical neurotransmitters (especially those associated with producing calming effects), and some can even transform brain waves into more relaxed states of mind.

5-HTP is most well-known for its powerful ability to work as a precursor for serotonin. Serotonin is one of the most critical neurotransmitters in the brain and is typically associated with learning and mood.  It can also aid in a number of other physiological functions.  5-HTP is so great due to its ability to cross the blood-brain barrier and, ultimately, effect the production of serotonin.  For these reasons, it is a common anti-anxiety and mood nootropic (even being used for things like depression). When used properly, this nootropic is an excellent addition to almost any anti-anxiety nootropic stack.

Passionflower is one of the most powerful anti-anxiety nootropics to date.  This is the reason it is commonly a part of many effective nootropic stacks and supplements. It purportedly works by increasing the natural form of gamma aminobutyric acid (GABA) in the brain and relaxing the activity of brain cells. It has been used by Western culture for centuries and has an even deeper history throughout more traditional, holistic medicines. Passionflower works even better when it is used in combination with other anti-anxiety and relaxation herbs.

L-theanine is a critical, key amino acid and is typically found in various forms of tea.  It has a long history of use as a stress-reliever and calming nootropic throughout traditional Chinese medicine.  It can be used to support the brain’s ability to maintain positive mood. It is well-known for its ability to promote relaxation and tranquility. This herb also possesses the ability to improve focus, attention span, alertness, concentration, and other mental functions.

L-Theanine can be found in combination with other nootropics on this list within our maximum relaxation formula, Pirate Chill.

Although valerian root has been a common nootropic for improving sleep, it has also been well-purported for its anti-anxiety, stress relief, and overall relaxation properties.  While there are many studies which support the concept this herb can help improve anxiety, there are also many anecdotal experiences which back this evidence up fully.

Valerian is one of the most common herbs for natural anxiety relief and can be found in one of our proprietary formulae, Pirate Chill.

Gotu Kola works as an adaptogenic nootropic as much as it does a natural stress reliever. It has been used for its ability to boost overall cognitive function and has a history of offering great anti-stress properties. Gotu Kola has purportedly been able to offer both mental and physical stress relieving effects. It has also been used for anxiety, depression, and even mood swings.

Probably one of the most underrated sets of nootropics are the B Vitamins. B Vitamins are notorious for their ability to promote natural energy in the body and improve the overall nervous system. Having a strong, healthy nervous system and ample energy is one of the best ways to combat the symptoms of stress and live an overall better life.

Rhodiola is popularly used for its adaptogenic properties, although it also offers a variety of other nootropic properties as well. As an adaptogenic herb, however, it holds potent keys for reducing stress and letting the mind and body a chance to better perform. This nootropic can even help control mood swings.  It can also help improve blood circulation, which has purportedly been able to offer the mind and body the ability to reduce stress. This is even one of the reasons stress balls work so well!

Although our product Pirate Blast is not primarily for stress, it does have relaxation effects which are sometimes better suited for some individuals, depending upon their ultimate nootropic goals.

Phosphatidylserine, also known simply as “PS”, is a phospholipid found in some fatty parts of the human brain.  Its primary purpose is to help the body maintain homeostasis and to ensure fluidity in terms of receptors and neurotransmitters is sound. Many sources suggest that PS can be used to reduce symptoms of stress through its ability to counteract cortisol production. Cortisol is one of the main reasons the mind and body feel stress to begin with, so this makes a lot of sense.

Bacopa monnieri is a strong adaptogen and helps the mind and body properly balance stress.  Sometimes, this nootropic is used with PS to create amplified anti-stress effects, thus these two herbs are very commonly found in nootropic stacks together. Although it is often thought of as a weaker nootropic, many consider it an underrated, holistic herb with a wide potential for improving mood.

GABA, also known as gamma aminobutyric acid, has a shorter history of being used for its anti-anxiety relieving properties, only becoming popular within the last fifty years or so.  It is an important brain chemical and a neurotransmitter. In fact, roughly 40 percent or more of the human brain’s inhibitory synaptic processes use GABA.  For this reason, it is often included in many stress reducing nootropic supplements and stacks.

Ashwagandha is very popular throughout Ayurvedic medicine and has been used for thousands of years for its ability to treat mood, reduce anxiety, and combat depression.  It also works as a general cognitive enhancer, improving mental functions such as learning, memory, and focus. While it offers many other benefits, it is still a very common component in a lot of nootropic stacks focusing on stress relief.

While many nootropic stacks for stress relief exist, some will always be better than others. It is important to select a stack that includes an effective ingredient list from a trusted manufacturer.

Final Words on Nootropics for Anxiety

To summarize there are dozens of nootropics out there which can help improve relaxation; however, some of these nootropics will work better together than others, and some will be more effective in reducing stress. Anti-anxiety nootropic stacks are one of the most common, holistic ways to decrease and combat anxiety.  They are also one of the most popular ways to boost mental capacity and cognitive function, helping the brain achieve optimal performance. Finding the right nootropic stack for an individual in terms of anxiety relief is imperative in properly advantaging the stress relieving power these nootropic herbs possess.