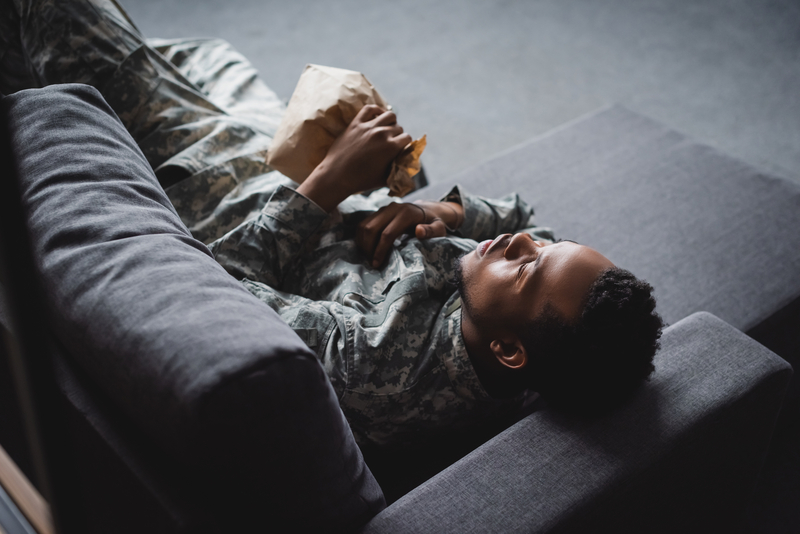 What Are the Best Nootropics for Panic Attacks?

Anyone who has experienced a panic attack can vouch for the fact they are no fun at all.  From dizzy confusion to absolute fear, these episodes can feel a lot like “the end of the world” is coming! Fortunately, there are many natural, holistic solutions to panic attacks, including the use of nootropics. Many of the nootropics used for panic attacks may be considered adaptogens, which will be discussed further below.  However, it is important to remember, nootropics often work best in combination, which is why many nootropic stacks and supplements for panic or anxiety will include more than one of these herbs.

What is a Panic Attack?

A panic attack can be defined as a sudden onset, or an episode, of intense fear.  It is normally triggered by conditions of stress or stressful thoughts.  It can lead to severe physical symptoms, even when no real danger or cause is present. The physical symptoms can include but are not limited to sweaty palms, increased breathing, increased heart rate, sweating, headaches, dizziness, disconnect from reality, and more. Sometimes, panic attacks appear out of nowhere.

What are Stress and Anxiety?

Stress can be defined as how an individual responds to external stimuli when feeling under pressure or threatened. Normally, it occurs in situations or during events which are out of the individual’s apparent control or management.  An individual with stress can suffer in terms of mental and physical performance.  Residual stress can play a degrading role on the mind and body in general. And too much stress from one situation can create anxiety.

Anxiety can be defined as intense or excessive fear or worry about nearly any situation, whether specific or every day.  It can be caused by repetitive stress factors, or for no reason at all.  It is normally accompanied by faster heart rate, increased breathing, feeling tired, or feeling disconnected. A lot of anxiety can be responsible for a variety of stress reactions, including panic attack.

Nootropics are typically synonymous with the term “smart drug,” as they tend to impact cognitive function in some way.  In fact, one of the criteria for an herb or supplement being labeled a nootropic is that it offers cognitive and neuroprotective benefits.  The remainder of the properties, provided by the scientist who first coined the term “nootropic” (Corneliu E. Giurgea) include that it aids brain function under hypoxic conditions, enhances memory or learning, and is non-toxic to humans.  These types of traits may provide a lot of benefit in the realm of anti-anxiety and destressing, especially adaptogenic nootropics.

What Can Nootropics Do for Panic Attacks?

While there are many nootropics which can improve panic attack symptoms and destress the mind, there are some which undoubtedly work better than others. This is a list of some of the most responsive nootropics when it comes to anti-anxiety.

5-HTP is a well-known precursor for the neurotransmitter serotonin. This neurotransmitter is also called the “happy hormone,” given it has such a significant impact on mood and balance in the brain.  5-HTP is most commonly synthesized from the Griffonia simplicifolia plant, and it has recently become one of the most popular nootropic supplements for stress, anxiety, and panic attacks.  It is typically used for its ability to promote a calming and relaxation effect. 5-HTP is also known to improve memory and learning, as well as aiding in many other physiological functions.  One of the reasons this nootropic works so well is its ability to easily cross the blood-brain barrier and increase serotonin production.

One of our products, Pirate Chill, makes great use of this nootropic in its anxiety and stress-relieving effects.

Passionflower, also sometimes known as “Passiflora”, was first discovered and mentioned by a Spanish doctor known as Monardes in Peru in the mid-to-late 1500s.  It was soon after introduce to Europe, mostly for ornamental purposes.  It was eventually discovered (in Europe) to have a number of medicinal properties which peaked the interest of several botanists and chemists. In present time, it is known as one of the most powerful anti-stress and anti-anxiety nootropics.  It is a very common ingredient in a variety of nootropic stacks and supplements.  It is purported that it increases the natural formation of GABA, which is known to improve and relax brain activity.  For its many anti-anxiety effects, it has become a part of many holistic medicines around the world.

Pirate Chill makes great use of this nootropic in its maximum relaxation formula.

L-theanine is one of the most critical, key amino acids naturally found in various forms of herbal tea. While it is not naturally forming in the body, it is well absorbed by the body and offers a number of stress-relieving properties.  L-Theanine was first discovered as a constituent of tea (specifically Camellia sinensis) in the mid 1900s. It can be synthesized from black, green, or white teas in significant quantities. It is considered one of the best calming nootropics, and very commonly used in Chinese traditional medicine.  It works by supporting more positive brain function and by improving overall mood and tranquility.

Valerian root may be most commonly known for its ability to improve the quality of sleep; however, it has also been purported to help with anti-anxiety, stress relief, and general relaxation.  Both studies and anecdotal reports have outlined the herb’s ability to decrease anxiety and stress. Valerian root has a long history of use as a medicine, dating back to the time of Ancient Greece, where it was first reported as having significant medicinal use by Hippocrates and Dioscorides.

Our product, Pirate Chill, includes a healthy dose of Valerian root to extract to obtain its ultimate serenity effects.

Gotu Kola has also been called the “Fountain of Life” for its apparent legendary longevity effects. In fact, in Ancient China, it is believed that some individuals have lived over a hundred years, even two hundred years from using Gotu Kola daily.  It has been used to treat a variety of ailments, however, is very popular for its ability to improve mental fatigue and decrease stress.

All of the B vitamins are able to offer anti-anxiety effects. They are also known to improve overall mood.  Some research has found that people who consume foods rich in B-vitamins see outstanding improvements in terms of anxiety and stress throughout everyday life. For this reason, it is commonly included as a nootropic in many anti-anxiety stacks and supplements.

Rhodiola Rosea is often underestimated in terms of stress relief. This is despite the fact the herb has been long used for its anti-stress and anti-aging properties. It is a powerful nootropic adaptogen, and is able to enhance the body’s natural resistance to physical and mental stress.

We encourage you to check out our other article, Best Nootropic Adaptogens, for more information on how nootropics can decrease stress.

Many people stand by Bacopa’s ability to decrese stress and depression.  Many studies support these anecdotal claims, proving that participants who consumed Bacopa supplements on a regular basis showed decreased anxiety and improved stress scores across the board.

Ashwagandha has been used for thousands of years, being first traced to about 6,000 B.C..  It was first mentioned in traditional Ayurvedic medicine and is a staple herb throughout Indian culture. The herb has a plethora of neuroprotective effects and helps modulate the release of the stress hormone cortisol.

For more information on adaptogenic nootropics, we encourage you visit our other blog, Best Nootropic Adaptogens.

Panic attacks are no joke, and sometimes they can be more serious than others. For this reason, they should never be taken lightly. If someone is feeling like they are having a panic attack, it is still almost always necessary to contact a doctor or visit the ER. This is because symptoms of a panic attack can often resemble those of many heart conditions, including heart attack.  Taking anti-anxiety and stress-reducing nootropics on a regular basis may help thwart a lot of these symptoms, and should be best thought of as a preventative measure.*

*Disclaimer: Always speak with your physician before adding any nootropics, supplements, or herbs to your daily regimen.