What is a Pre-Workout Routine?

The Bureau of Labor statistics suggest that almost 20 percent of America works out or is engaged in sports.  It is arguable to suggest that these people typically care about getting the best gains for their time in the gym, while running, or performing other physical exercise. Pre-work out is also arguably one of the best things an athlete or training person can do to get the most out of their workout. And many people who workout would agree that the use of supplements and nootropics is one of the best ways to get the most out of any workout routine. 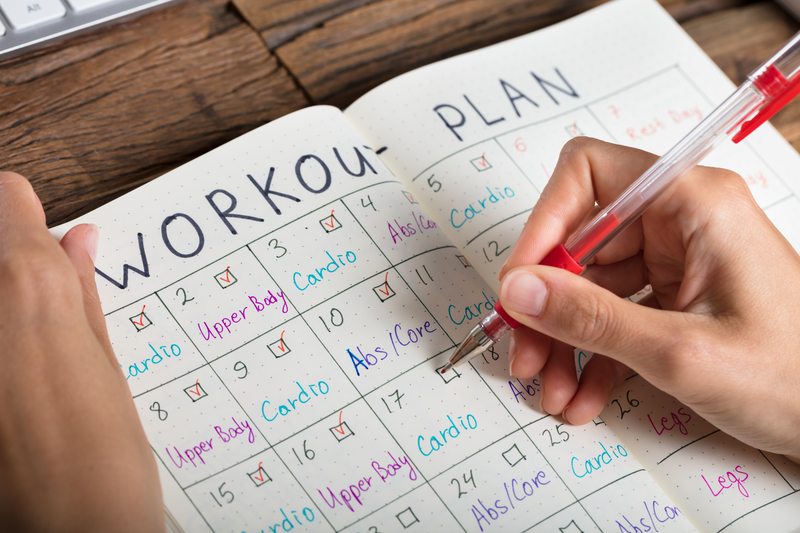 The word “nootropic” comes from the Latin terms “noos” and and “tropein”, which mean “mind” and “bend,” respectively.  It was first coined in the 1960s by Romanian scientist Corneliu E. Giurgea. They are most literally defined as substances which can purportedly improve cognitive function, with little to no side effects. Although, Giurgea did setup a list of principles which help us better understand these guidelines.

These criteria help determine if a substance is a nootropic or not. It does not mean that other substances (which are not technically nootropics) can provide nootropic-like effects. And we will cover some of these other substances in our list as well.

What Nootropics Are Best for Pre-Workout?

While there are hundreds of nootropics which could help with pre-work out routines, some are definitely clear winners and should be paid more attention to.  This is a list of the best pre-workout nootropics available today.

There is something to be said about natural caffeine. While many brands offer synthetic caffeine in their supplements, there is nothing like authentic caffeine metabolized naturally by the body. This caffeine has time to be converted and does not provide crash or side effects in proper dosages. Instead, the body is able to produce caffeine at a natural rate, and it comes from an unsynthesized resource.  There are many plants which offer natural caffeine.

Siberian Ginseng is a superior version of Ginseng. While it is very close in composition to its cousin, Panax Ginseng (which also provides some benefits to pre-workout), it is a bit stronger and considered more premium.  Some of the best pre-workout nootropic stacks, such as Piratall and Pirate Blast include Siberian Ginseng to help give a workout that extra push when it is needed the most. For this reason, Ginseng is almost always encouraged to be included in a pre-workout nootropic stack.

Being stress-free is one of the best ways to get the most out of a workout routine. Some of the strongest adaptogenic nootropics are an excellent contribution to any pre-workout nootropic stack. Adaptogenic nootropics offer some of the best, natural stress relief effects, and are a common ingredient in some of best pre-workout nootropic supplements. Being stress free during a workout can have an incredible effect on the potential gains. It allows the body and mind to focus all of its energy on the work out itself.

Yohimbe is underrated for sure. Yohimbe is an evergreen tree native to the Central and Western African regions. It has been well-known for its stamina and energy boosting effects by several indigenous tribes throughout Africa for centuries.  It also made its way through Europe, giving the Europeans similar effects for almost a century now. The most potent part of the plant, its indole alkaloid, is extracted from the Yohimbe tree bark.

Yohimbe is a component in our Pirate Blast formula, and helps our customers increase their blood flow and overall output.  For stronger endurance and increased athletic performance, Yohimbe is one of the best ways to go!

Rhodiola Rosea is mostly known for its ability to reduce stress and improve anti-fatigue symptoms.  It also helps improve mental performance and overall focus. It has a deep history of being used for its medicinal properties throughout Russia and Scandinavia, although it has also made an impact throughout much of Europe.  A lot of people use it to improve work performance and to reduce weakness.

One of the most powerful nootropics in the Pirate Blast formula includes a premium Rhodiola extract.

Creatine is actually much older than people think. It was first discovered in 1832 by a scientist by name of Michel Eugene Chevreul, who isolated it from a basified water-extraction of skeletal muscle.  It is named after the Greek word for meat, “kreas.” The reason it is so little known is because it only recently made its way into popularity within the Western culture. Nonetheless, it is a popular bodybuilding supplement, and helps a lot of people get more out of their workout.

Contrary to many people’s belief, Huperzine A is naturally occurring. It is a sesquiterpene alkaloid compound that is extracted form a firmoss known as Huperzia serrata. It has a long history of use as a medicinal compound throughout China and it is a staple in Chinese medicine. The alkaloid compound provides many nootropic benefits which are extensively valuable to the workout community.

Both Piratall and Pirate Blast include high-quality huperzine a and can contribute to the improved cognitive function necessary to get the most out of a work out.

L-Tyrosine has been around for almost 200 years, being first discovered by German chemist Justus von Liebig.  It is in the protein class, and is extracted from cheese.  It is also named after the Greek word “tyros” which literally means “cheese.”  It is a natural amino acid and very valuable to the workout community for its ability to improve focus and mental clarity during physical exertion.

Lion’s Mane Mushroom is one of the sacred mushrooms of China, being cultivated throughout much of Asia.  There, it was originally utilized for its medicinal properties, and it holds a powerful place in Chinese, traditional medicine.  Normally, it is added to teas, however, in Western culture, it is popularly used as a dietary supplement.  It can improve brain health, increase positive mood, and reduce anxiety.

Alpha GPC, also known as L-Alpha glycerylphosphorylcholine or choline alfoscerate, is a naturally occurring choline compound that is found in the human brain. It is considered a parasympathominetic acetylcholine precursor, which is why it is typically used to treat forms of dementia and helps with cognitive function.  Basically, it delivers choline to the brain, easily passing through the blood-brain barrier. Many also consider it a biosynthetic precursor of acetylcholine. These benefits help improve energy and focus, allowing the brain to get more out of any physical exercise.

L-Theanine is most commonly used during workouts accompanying caffeine. This is because it improves the benefits of caffeine (which is discussed in itself towards the end of this article).  Alone, it can still improve mood and reduce anxiety, which makes it an excellent contribution to many workout formulae.

B Vitamins are perhaps one of the most commonly used workout nootropics, and they are largely underrated.  Although their name is common and simple, they are able to massively bolster natural energy and give people a chance to get more out of their workout.  While they may be a part of many energy drinks and energy supplements, the true power of the B Vitamin (almost all of them) should not be underestimated.

Taurine was first discovered and isolated from ox bile in 1827 by German scientists Friedrich Tiedemann and Leopold Gmelin.  It comes from the Greek work “Taupoc” which translates as “ox” or “bull.” It is known for its ability to improve critical functions within the heart and the brain. It also supports nerve growth. It can lower blood pressure, and even calm the nervous system, making a workout much easier. This is why it is very commonly found in many energy supplements and energy drinks.

L-Citrulline is derrived from actual citrullus, and the name comes from the Latin word for “watermelon.”  It was first discovered and isolated from watermelon in 1914 by Japanese scientists Yotaro Koga and Ryo Odake.  It was further developed by Mitsunori Wada in 1930. It is known for its ability to produce greater nitric oxide levels in the body and helps arteries relax and function better.  Relaxed, better functioning arteries produce better blood flow and can help improve the quality (and gains) of a workout.

Beta Alanine is considered a non-proteogenic amino acid. It is produced endogenously in the liver and normally acquired through the consumption of meats, especially poultry. It is very commonly found in athletic and workout supplements for its ability to improve athletic performance. It also increases exercise capacity, allowing an individual to get more out of their routine.

In the end, there are many nootropics which work great for pre-work out regimens.  Using nootropics to bolster your workout gains has never been more realistic than it is today. This is because there are a variety of nootropics which can directly impact one’s workout routine and bolster the overall benefits. Our products are designed to help with all sorts of things, including the creation of energy and mental focus. Piratall is a cognitive enhancer, which can help one push through their workout, while remaining focused. Pirate Blast is a stamina and energy booster, which can be highly beneficial when it comes to increasing blood flow and getting an extra drive while working out. Some people, athletes, body builders, and people who work out, even use the two supplements together for a greater, more significant boost.