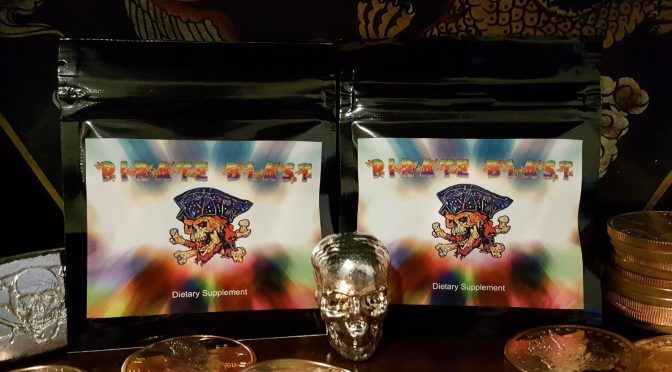 Everything You Need to Know About Poria Mushroom

Country or Region of Origin: Found in Subterranean Habitats; Grows on Decaying Wood; Native to China (not the same as Native American Tuckahoe);

Poria mushroom holds a strong place in traditional Chinese medicine (Cheng et al., 2015). In fact, it has been considered an edible, medicinal mushroom in Chinese medicine for more than two thousand years (Li et al., 2019). Recently, the fungus has been receiving more attention in modern studies and research. Poria is typically hailed for its primary triterpene derivative, Pachymic acid (PA), which has been used for a lexicon on effects (Cheng et al., 2015). These therapeutic constituents are extracted from the spores of the fungus and used as a supplement and medicine (Prieto et al., 2003). The benefits of these extractions are extensive. In fact, some of the effects the constituents purportedly offer even includes anticancer benefits (Cheng et al., 2015).

Poria Mushroom has a long history of being used as a memory booster (Lin et al., 2012). The herb’s innate support for cerebral blood flow has been suggested to contribute to its cognitive enhancing and memory improving properties (Sun et al., 2021). For similar reasons, the fungus has been suggested for use as a treatment for dementia, as it has the potential to repair the memory (Lin et al., 2012).  Traditional Chinese medicine has turned to the mushroom to treat many neurogenetic disorders (2012). It is used to enhance learning ability and associated memory recall (Wu et al., 2020).

Poria Mushroom has been referenced in many ancient Chinese texts, dating as far back as three thousand years ago (Lin et al., 2012).  It has been used by many renown physicians throughout these generations for its ability to improve general vitality (2012). Poria is a traditional, holistic remedy for chronic fatigue syndrome (Chen et al., 2010). The mushroom is also considered in many studies to be an immune-modulatory herb (Sun, 2014), meaning the herb has the ability to offer favorable modifications to the immune system.

The mushroom has purported anti-depressant-like properties and may have a significantly favorable impact on mood (Huang et al., 2020). Poria’s antioxidant effects contribute heavily to its anti-anxiety properties (Lin et al., 2012).  The fungus has been studied for its relaxation and sleep-improving qualities (Chen et al., 2010). Poria’s reported sedative and relaxation effects have only briefly been investigated, however, the promising results which exist thus far warrant further investigation (Huang et al., 2020).

Poria Mushroom is well-known for its use in providing aid and relief to the digestive tract (Gong et al., 1989). As a supplement, the mushroom can ease the symptoms of diarrhea and relax the stomach (Li et al., 2019). The mushroom is also an effective diuretic (Huang et al., 2020), which means it promotes the production of urine.

Poria has a long history of being used for respiratory support and to treat kidney disease (Li et al., 2019).  The herb can provide aid for people suffering from insomnia, cough, and various types of infections (2019). Poria Mushroom is being investigated for its purported positive effects on pancreatic cancer patients (Cheng et al., 2015). A polysaccharidum-based solution of Poria cocos has been approved as an oral medicine to treat many types of cancers (Li et al., 2019).  The Chinese FDA has also cleared the herb to treat hepatitis and to help with radiation and chemotherapy.  And many studies have determined Poria to possess remarkable antitumor properties (2019). The fungi has been known to prevent some cancers from forming (Cuellar et al., 1997).

Poria has been traditionally used for its anti-inflammation effects (Li et al., 2019). The mushroom is considered anti-hemorrhagic, which basically means it promotes hemostasis. It has been called an anti-ageing herb. It can reduce the symptoms and help resist the development of diabetes (2019). Like its anti-inflammation properties, the mushroom has the purported ability to reduce swelling (Cuellar et al., 1997).  It can significantly improve immune function (1997).

Although research is still a little young, Poria Mushroom is generally considered safe for most individuals.  Still, the fungus has been used for a variety of purposes throughout traditional Chinese medicine and has been accepted in Chinese culture for its therapeutic benefits.  No side effects are typically reported, although pregnant or breastfeeding women should avoid use of Poria.

Although Poria Mushroom is less known and less discussed than other nootropics, the herb is still being investigated for its therapeutic benefits (and with promising results pouring in). Chinese medicine has fully incorporated the herb for its distinguished and proven pharmaceutical effects (Li et al., 2019). While the verdict is still out in Western culture, it has become more popular around the rest of the world. And Poria’s versatile uses more than make it worth further research.  The mushroom is an excellent candidate for many nootropic stacks.

This article is intended to be used for information only.  We want to remind you that consulting your physician is recommended before adding any dietary supplement of any kind to your daily regimen.